Bitcoin…Is It Rat Poison or the Best Idea Since Sliced Bread?

With all the hype about bitcoin, many people are wondering if they should use and/or invest in it.

The first thing to understand about bitcoin is that no government is “backing” bitcoin. It has value if and only if people want it.

The second thing to understand is bitcoin’s supply is limited to 21 million digital “coins.” All other currencies in the world have no limitations, as a government can print as much money it needs to support its spending programs and debt levels.

Bitcoin’s limited supply means it could be a good way to protect one’s purchasing power—so long as other people keep desiring it as “money.” There are two ways bitcoins’ advocates hope it serves as money, just as dollars do: first, as a medium of exchange (MoE), and second, as store of value (SoV).

Generally, it appears that bitcoin is becoming more accepted as a MoE and SoV. But is this enough to create long-term stability and value? Could bitcoin go down the path of the Tulip Mania or the Beanie Babies phenomenon and someday collapse in price? Or could it soar in value, like a 1952 Mickey Mantle card that recently sold for $5.2 million, a record all-time high for a sport card?

Currently, investing in bitcoin is like buying a lottery ticket. It could either become worthless or become so useful as a store of value (and possibly a medium of exchange) that people will be willing to pay much higher prices for it.

Warren Buffett called it “rat poison squared.” Bill Gates said, “There’s is no better currency.” Mark Cuban stated, “I’d rather own bananas than bitcoin.” Only time will tell who is right.

In the meantime, only buy what you can afford to lose, like a lottery ticket! 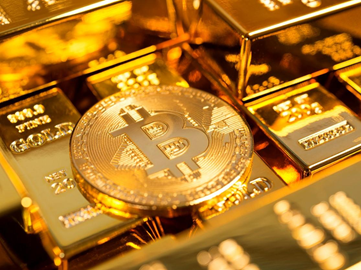 Quasar Distributors, LLC has no affiliation with E*trade

Automatic Investment Plans do not assure a profit, nor do they protect against loss in declining markets.