Fear is timeless—but so is hope. Lessons from “It’s a Wonderful Life” for investors during Coronavirus panic.

“Don’t you see what’s happening? Potter isn’t selling. Potter’s buying! And Why? Because we’re panicky and he’s not. That’s why. He’s picking up some bargains!”
– George Bailey, “It’s a Wonderful Life” (1946)

Next year marks the seventy-fifth anniversary of Frank Capra’s “It’s a Wonderful Life,” starring Jimmy Stewart as George Bailey, a small-town banker who staves off a financial panic that could have cost townspeople their savings and even their homes.

In the movie, the conniving Mr. Potter seeks to “take out” George’s Building and Loan by offering to buy shares from shareholders at a fifty percent discount. The bank shareholders—the townspeople—begin to panic and rush in to sell their shares for fear of losing all their money. Potter knows that those shares have much more value than panicky sellers are willing to accept.

George attempts to calm people down, explaining the cash shortfall was temporary—encouraging them to only take out money they needed to live on. George even used his own “honeymoon” money to tide over bank customers, to keep them from withdrawing everything.

The great irony of the movie is that to save Bailey Building and Loan, George needs to get the townspeople to think a little MORE like Mr. Potter does! Buy when shares are at bargain levels, not sell at depressed values.

The first big lesson that investors can draw from the movie is to make sure to have enough emergency cash separate from your investments. No one knows what’s going to happen during a financial crisis. It’s always prudent to have a “rainy day fund” on hand, just in case a sudden need arises, such as an illness or job loss. It also serves to protect your longer-term investments by acting as a cushion to avoid a forced liquidation at an inopportune time.

One way to gauge whether a time to sell is “inopportune” is to look to what others are doing. If you join a selling stampede—as the townspeople in Bedford Falls were starting to do—expect your security values to be trampled on. These are usually incredibly bad times to sell as these losses tend to be swift and steep.

Historically, financial panics such as the one brought on by the Coronavirus have resulted in attractive buying opportunities. As with the Bedford Falls bank run, people want out, at any price, as fear rises to a high enough level. And rest assured that someone like Mr. Potter is standing ready to buy those shares at a discount!

Right now, fear and panic are dominating the headlines. No one really knows what will happen next. However, the one thing we do know about the market is its inherent forward-looking nature. This means much of the unprecedented financial and societal disruptions we are experiencing today are already reflected in stock valuations. Could those valuations get worse? Yes. Even depression-era valuations are theoretically possible if the economy deteriorates substantially more, bringing on a full-fledged financial crisis. But even in that dire scenario, we believe that eventually the fear and panic will subside, the markets will stabilize and the recovery process will begin.

After all, history shows us that every market “panic” has eventually faded away. We believe this one will be no different. Also, keep in mind, this economy has been offered the largest stimulus package in its history; don’t underestimate the potential boost this could provide global economic growth and the positive impact it could have on worldwide financial markets.

Are we near a market bottom? To be honest, we don’t know. What we do know is what George Bailey demonstrated: panic doesn’t help. Don’t let Potter get the better of you! 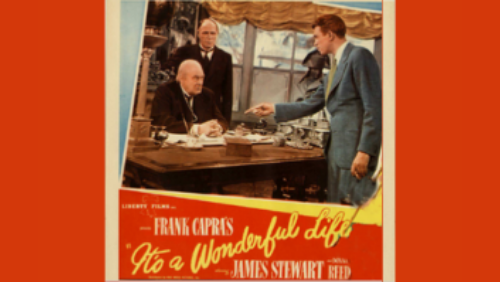 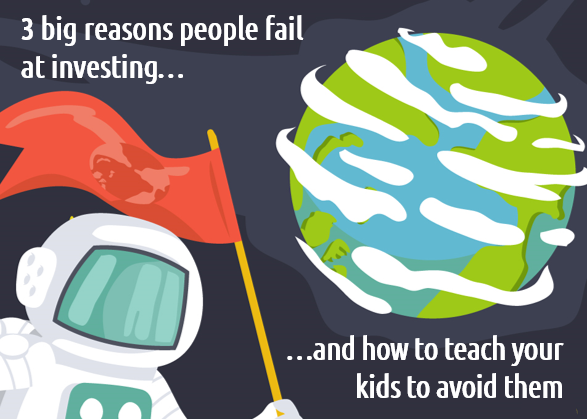